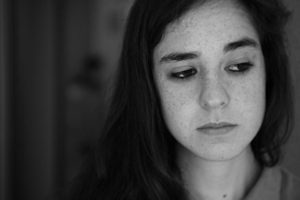 A recent UK study asked people to report on their experience of mental illness and found something quite shocking: More than 40% of people who completed the survey said they had experienced Depression – almost triple the lifetime prevalence reported by previous studies.

But does this actually mean that 40% of people in the UK have Depression? No, it doesn’t. What it does suggest is that a significant number of people are confusing normal and expected negative emotion with the mental illness of Depression (see last month’s post for more information on this). We certainly don’t doubt that the people who make up this 40% have had experiences that felt negative, demoralizing, sad, and frustrating. But were they episodes of Depression? For most people, likely not. But to know when it might be Depression, you first need to understand what Depression is.

Depression is more than just having a bad day

For someone with Depression, these feelings of sadness are pervasive. They’re not usually a reaction to a specific event (e.g., the loss of a loved one), but if they are preceded by an event, the person’s reaction is often out of proportion to what actually happened (e.g., feeling devastated and worthless after a minor disagreement with a friend). These sad and low feelings are not time-limited (e.g., feeling sad and low for just a few hours) or situation-specific (e.g., only experienced during math class). Depression is intense, persistent, and can be all consuming. It’s not something you can just “snap out of”. And Depression is not caused by “being stressed out” (see last month’s post for why feeling stress is actually a good thing!).

Symptoms of Depression can include:

If you’re worried that your teenager may be experiencing Depression, talk to them. Ask them how they’ve been feeling. Let them know that you’ve noticed that something is wrong and that you’re here to help. Don’t downplay their thoughts and emotions, but don’t dramatize them either. Do your best to listen to what they’re telling you and think before you respond. If you’re worried that it is Depression, bring your teenager to your family doctor to be assessed. In many cases, your doctor can provide initial treatment or if necessary, they can refer you to appropriate evidence-based treatment. Depression is unlikely to resolve on its own without effective treatment so the earlier you seek help, the better.

For more information on Depression, including what is known about its causes and evidence-based treatments, check out http://teenmentalhealth.org/learn/mental-disorders/depression/

NOTE: The Netflix series, “13 Reasons Why” has received considerable attention from both teenagers and the media lately. There is concern that this series may increase the risk of self-harm and suicide for vulnerable adolescents due to the way suicide is portrayed. If your children are watching this series, it’s important to have a discussion with them about how they perceive it. For information on why the series may be problematic and how to proceed, Dr. Stan Kutcher and Dr. Alexa Bagnell from the IWK Health Centre have prepared these considerations for educators that may also be helpful for you: http://teenmentalhealth.org/news-posts/responding-13-reasons-considerations-schools/

Vanessa Bruce Little is the Knowledge Translation Lead at TeenMentalHealth.org (IWK Health Centre/Dalhousie University), a role for which she relies heavily on her background in Clinical Psychology, clinical training, and experience working with youth and families with behavioural, emotional, and social issues. In addition to developing the content of many of Teen Mental Health’s resources, Vanessa also coordinates large-scale projects and supervises students from a variety of disciplines. She strongly believes that you have to communicate in a way people will “hear” and that the quality of the content is irrelevant if your audience can’t understand it.

Not Everything Is A Mental Illness